There is a way that seems right to a man, but the end thereof is death.

The word “monster” gets tossed around quite freely by political pundits and tv talking heads when it comes to describing Donald Drumpf, né Drumpf.  We here at the Sojourn have willingly done our part to contribute to the metaphorical mashup of images depicting Drumpf as a monster, because, you know, we think he is.  Metaphorically speaking.  But, we also speak of him being a monster because we think he is evil.

It turns out that some 68 percent of Americans also see Drumpf as some sort of an evil freak, (well above the 53 percent who feel that way about Hillary Clinton).  If both make it to the general election, we would have a contest between the two historically most unpopular nominees.   “Trump’s numbers are bad and getting worse,” says pollster J. Ann Selzer, who did the survey.  “A majority of Americans now describe their feelings toward him as very unfavorable.  That’s a 13-point spike from November 2015.”

But it’s not just the great unwashed— the 99 percenters— who are getting the squirts over the Baron.  There are some supposedly serious attempts underway by Republican elites to “derail” the Drumpf candidacy— 1, 2,  and there’s even a “conservative” billionaire or two, and other groups not publicly affiliated with any candidate that have ponied up some $28 million on negative ads that have aired in the past few weeks.

But let’s be clear about evil, and what we think it is.

Buddhism says that evil is degrading, whether held in thought or wrought out in deeds.  Pain and sorrow follow in the path of evil as the dust follows the wind.  Evil is the fruit of wrongly directed thinking.  It is evil to see sin where there is no sin;  to see no sin where there is sin.

There are many ways of looking at sin, but from a universe philosophic viewpoint, sin is the attitude of a personality who is knowingly resisting cosmic reality.  Error might be regarded as a misconception or distortion of reality.  Evil is a partial realization of, or maladjustment to, universe realities.  But sin is a purposeful resistance to divine reality— a conscious choosing to oppose spiritual progress— while iniquity consists in an open and persistent defiance of recognized reality, and signifies such a degree of personality disintegration as to border on cosmic insanity.

The possibility of evil is necessary to moral choosing, but not the actuality of evil;  actual evil is not necessary as a personal experience.  But we both know that potential evil acts equally well as a decision stimulus in the struggle for moral progress.  Thus evil only becomes a reality of personal experience when a moral mind makes evil its choice.

Man’s ability to choose good or evil is a universe reality;  free will is not just a philosophic concept, or symbolic ideal.  You can find this reality within you, if you know how to relax and listen;  you will sometimes “hear” your still, small voice telling you what’s right— and alerting you to what’s evil—  unless, of course, you’ve already destroyed your ability to hear it— usually by habitually embracing evil yourself.

Man’s choosing then, between good and evil— is influenced not only by the keenness of his moral nature— but also by influences like ignorance, immaturity, and delusion. 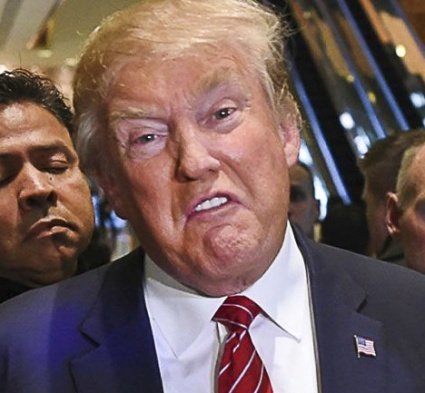 A sense of proportion is also important in the exercise of virtue, because evil may be perpetrated when the lesser is chosen in the place of the greater as a result of distortion or deception.

Evil is a transgression of law, not a violation of the rules of conduct pertaining to life, which is the law.  Falsehood is not a matter of narration technique, but something premeditated as a perversion of truth.  The very conflicting presence of truth and untruth, fact and falsehood, constitutes the potentiality of error. The willful rejection of truth is error;   the deliberate choice of evil constitutes sin; the persistent pursuit of sin and error is iniquity.

Error might suggest a lack of intellectual keenness, but evil usually indicates a deficiency of wisdom;  sin, abject spiritual poverty;  and iniquity is indicative of vanishing personality control.

When sin has so many times been chosen and so often been repeated, it may become habitual.  Habitual sinners can easily become iniquitous, become wholehearted rebels against the universe and all of its divine realities.  While it’s true that all manner of sins may be forgiven, it’s doubtful whether a truly iniquitous person would ever sincerely experience sorrow for his misdeeds, or accept forgiveness for his sins.  Here’s an example of what I mean.

\A textbook example of the peaceful deception of pleasant adjustment to the paths of sin and death.  Donald Drumpf says he doesn’t regret his decision not to ask God for forgiveness for his sins.  Good luck with that.

“In the great day of the kingdom judgment, many will say to me, ‘Did we not prophesy in your name and by your name do many wonderful works?’  But I will be compelled to say to them, ‘I never knew you;  depart from me you who are false teachers.’  But every one who hears this charge and sincerely executes his commission to represent me before men even as I have represented my Father to you, shall find an abundant entrance into my service and into the kingdom of the heavenly Father.”
—Jesus, speaking in The Urantia Book