Understanding the Republican mind-set with the Drumpf Etch A Sketch

“Well, I think you hit a reset button for the fall campaign. Everything changes. It’s almost like an Etch A Sketch. You can kind of shake it up and restart all of over again”

Then six weeks ago in our post Is Donald Drumpf the Lord of the Flies?  we warned about “his recent threat to start acting presidential.”  It appears that the threat is now being realized, via implementation of a next generation upgrade to the Romney Etch A Sketch: The Drumpf Etch A Sketch, whose specs promise his transformation from a malignant narcissistic bigot into a candidate who can win a general election. (If you believe that, then please contact our Alchemy Division, where we promise to transform Republican shit into presidential gold.)

After his crushing defeat of Ted Cruz in New York last week, Drumpf actually referred to him as “Senator Cruz” instead of his standard “Lyin Ted.” Naturally, this caused a thrill to shoot up the leg of the punditocracy who were falling all over themselves to declare that Drumpf was changing his evil ways; that he was following through on his promise to be “presidential.” (Quick! Someone get conservative apologist David Brooks a fainting couch!) Well, that lasted less than 24 hours when Drumpf repeatedly referred to Cruz as Lyin Ted in a subsequent campaign appearance. No surprise there, as Drumpf has spoken out of both sides of his mouth so many times that the media doesn’t even notice or comment on it anymore (assuming they ever did).

For example, last week an audio tape of a closed-door meeting between new Drumpf campaign director Paul Manafort and an assemblage of top GOP officials surfaced in which he tries to reassure them Drumpf is just playing to the most bigoted part of the GOP crowd, and that “the part he’s been playing is evolving.” (Of course, this is a tacit admission that his followers are loyal devotees of Teh Stupid Cult.) In other words: “Don’t worry. Be happy. The Donald  will drop his boorish behavior in the general election and act like the statesman and unifier he really is.”

Manafort also dismissed accusations by Cruz that Drumpf has lied about his policies on immigration to “fool gullible voters.” Well, there certainly is no shortage of those voting Republican this year. Cruz himself has proven that with his own Etch A Sketch act. How many of his supporters know that he opposed the Wall Street bailout while using a $500,000 loan from his wife Heidi’s employer, Goldman Sachs, to launch his senate career, all the while bragging that he had risked everything to self-finance his up-by-his-bootstraps campaign?

In addition to last week’s revelation of the Manafort audio tape (reminiscent of the leak of  Romney’s disastrous 47% recording), another piece of essential GOP technology was exposed recently that proves its connection to, and collusion with ― wait for it ― the Bizarro universe! You know, that parallel reality where up is down, bad is good, war is peace, and tax-breaks for the rich trickle down to the poor. We speak here of the “Parallel Universe Self-Oscillating Fuzzy Reality Projector.” 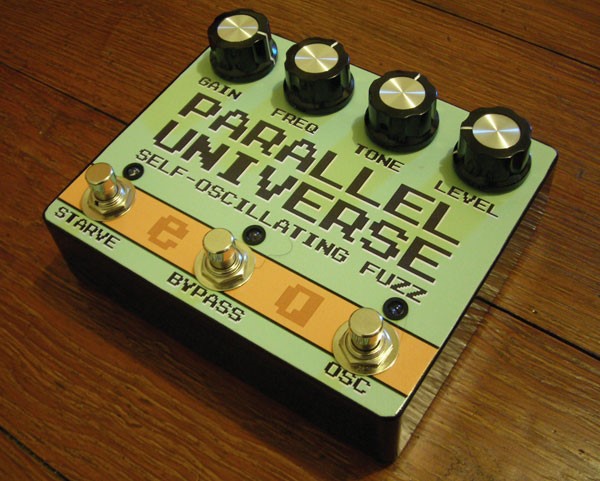 Notice the button options. There is Starve, the GOP’s policy towards the “welfare state” and its safety-net-is-really-a hammock-for-the-takers meme. Bypass, which is their answer to Obamacare, as in: individuals unable to afford the extortionate demands of the for-profit medical industrial complex can just By-Pass Go and not collect $200,000 to pay for a critical medical procedure. And finally, OSC, which stands for “Overtly Stupid Conformity,” the button they push to get under-paid Southerners to support the Wall Street banksters and K Street lobbyists to support policies that militate against their own economic interests.

For the GOP’s sake, it better still be under warranty, as it is obviously malfunctioning. As the GOP presidential campaign has unfolded, whatever light that the GOP might have once emitted has been sucked into the black hole at the center of the Bizarro universe where their evil twins reside. Those tremors in the Force you’ve been feeling of late is proof that the rupture between the two parallel worlds has already occurred, resulting in the time-space manifold between them being turned inside-out, vomiting forth their dopplegangers into our every day political reality.

By way of analogy, its kinda like what happens when you open a spacecraft’s airlock and everything in the cargo bay gets sucked out the door. (Think of the scene from the movie Alien, where Sigourney Weaver flushes the evil alien out into the vacuum of space ― “Where no one can hear you scream”― as the film’s classic tagline has it.) Of the 17 original GOP presidential candidate crew members, 14 of them have already entered the earth’s atmosphere and are now toast. Two of the remaining three, Ted Cruz and John Kasich, are even now skimming along its edge and showing that characteristic warming glow.

That leaves Donald Drumf, who might have to wait until November to read his own political obituary, assuming he doesn’t spontaneously combust before then. 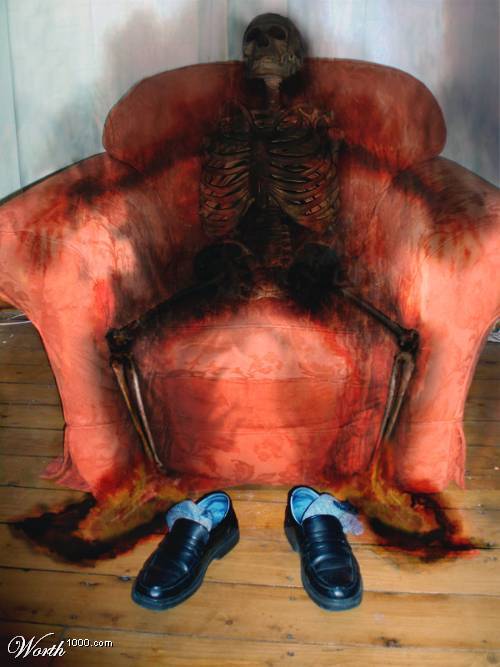 The fate of Donald Drumf, according to a visionary named “Reality”